New Orleans, founded by France in 1718 on the mouth of the Mississippi, is usually remembered as the center of French influence in the United States. However, it owes just as much, if not more, to the period of Spanish rule, which began in 1762 with its transfer to Spain by the French and ended in 1803. The structure of the French city, a grid around present-day Jackson Square, was preserved as a central core during the Spanish period but was substantially enlarged, completely fortified and enhanced with major works of engineering. During the last years of Spanish rule, New Orleans underwent a huge growth in population and size. When it was transferred to the United States, Spain had left in New Orleans the foundations for a great city, which remained one of the largest in North America throughout the 19th century. 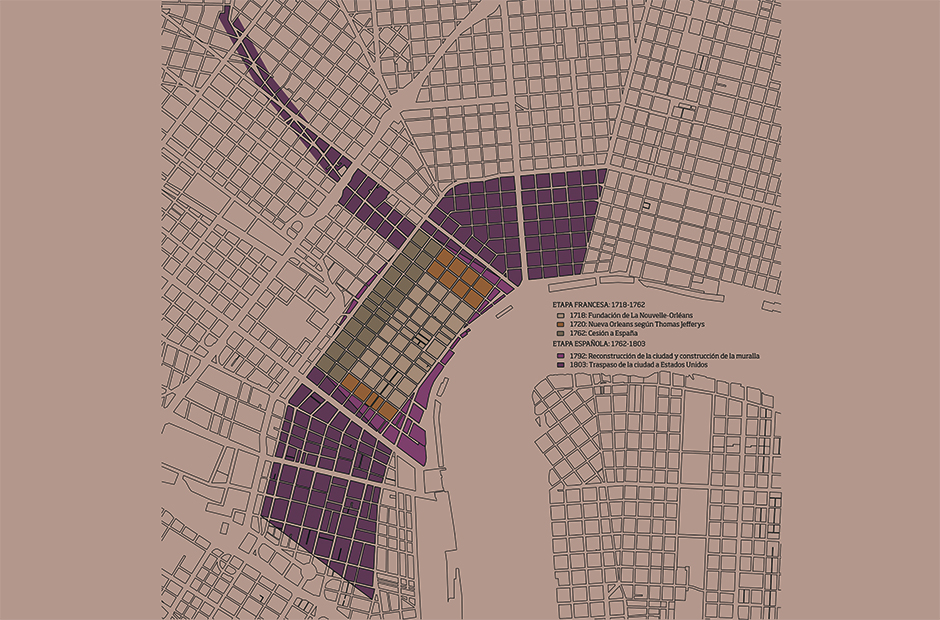 The growth of New Orleans during the 18th century

New Orleans was founded in 1718 by Frenchman Jean-Baptiste Le Moyne de Bienville, and owing to its strategic location it soon became the capital of French Louisiana. Bienville’s city was a grid of 11×4 blocks centered on a square facing the port: a disposition not unlike those dictated by the Spanish Laws of the Indies. 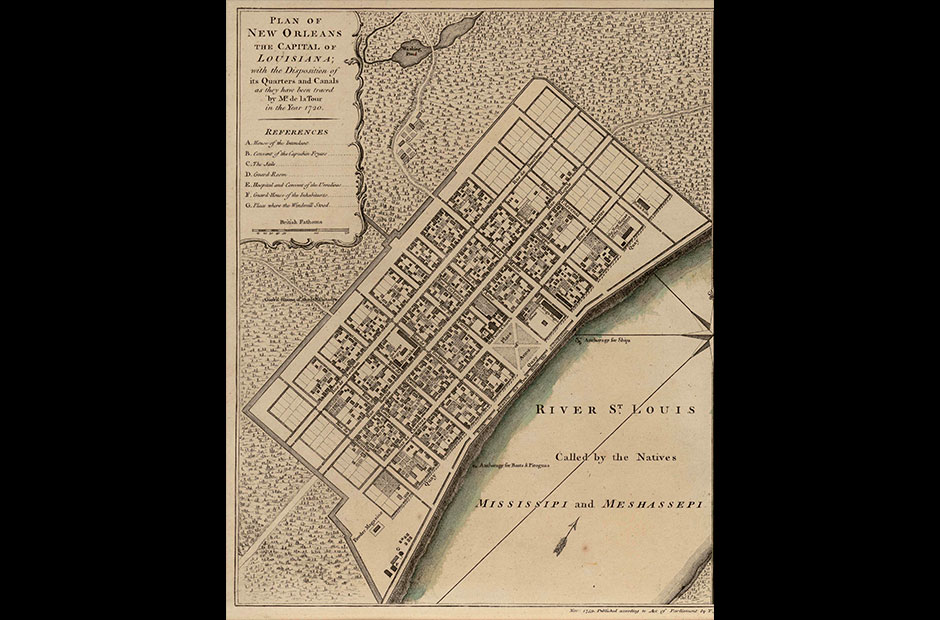 When it was transferred from France to Spain in 1762, the city had reached the size (11×6 blocks) seen here. Initially, Spain did not enlarge the city but it improved it by building works of engineering such as the city walls, the levees protecting it from river floods and the Carondelet Canal which linked it to an outer port on Lake Pontchartrain. 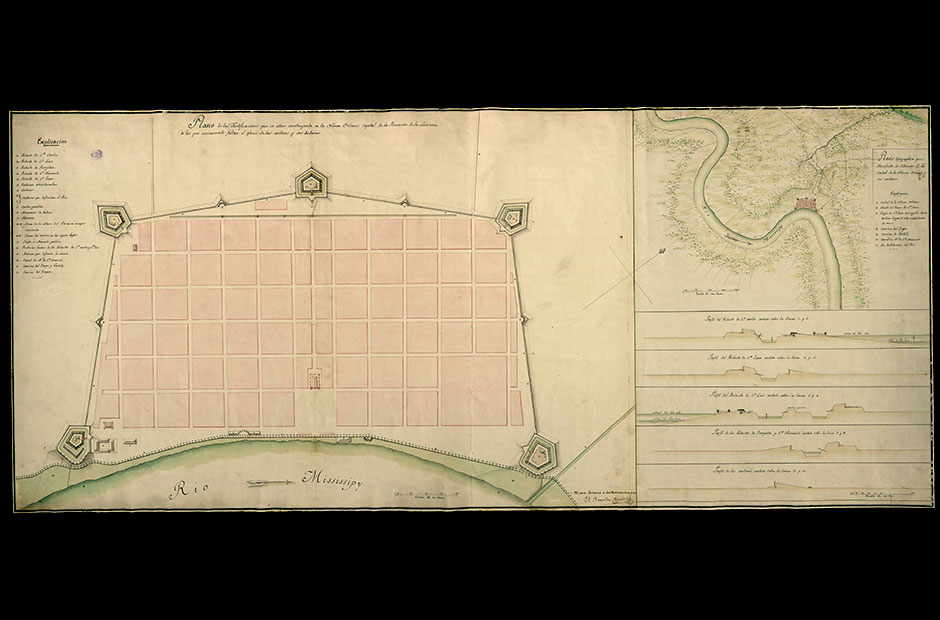 The city suffered two fires, in 1788 and 1794, which destroyed the majority of its buildings; after them, it had to be completely reconstructed. Due to this, virtually all colonial architecture in New Orleans, with only a few exceptions, is Spanish. 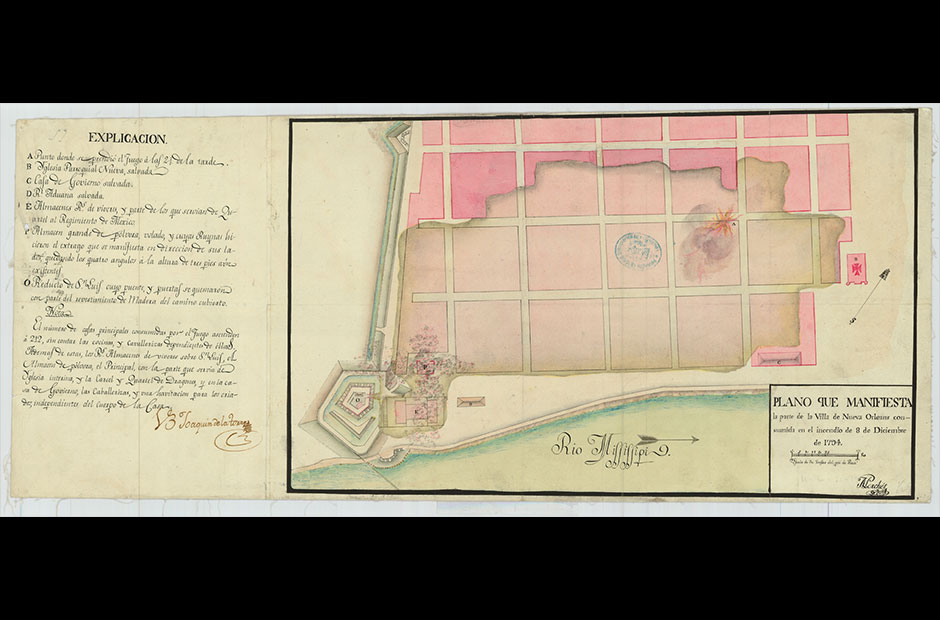 Spanish ordinances for the reconstruction of the city required that wooden structures were replaced by safer buildings made of stone, cast iron and brick, which have configured the image of the city as we know it today. 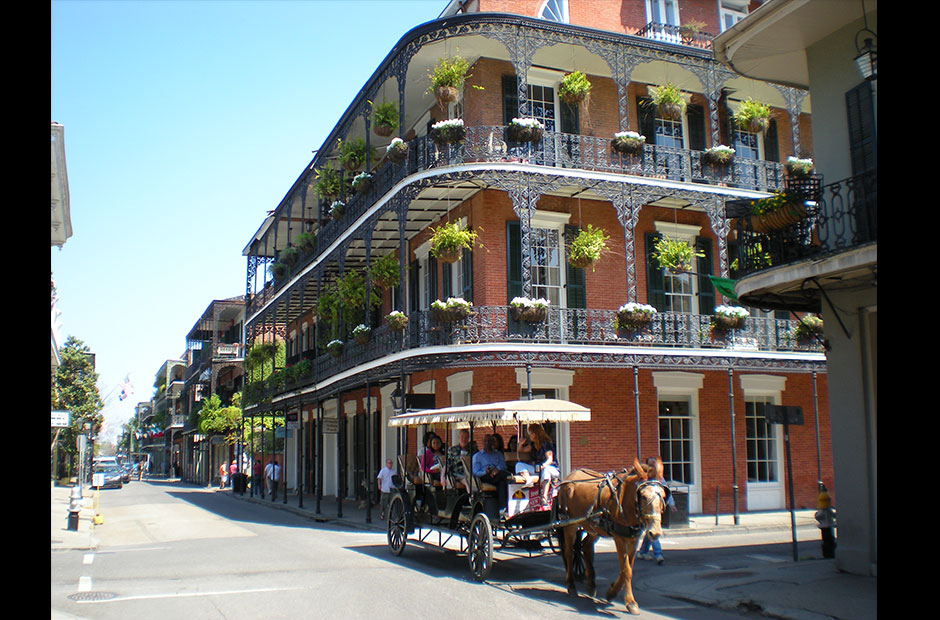 The Vieux Carré in New Orleans

The ensemble of the Cathedral, Cabildo and Presbytery stands out among the Spanish buildings preserved in New Orleans. It was built in the 1790s. 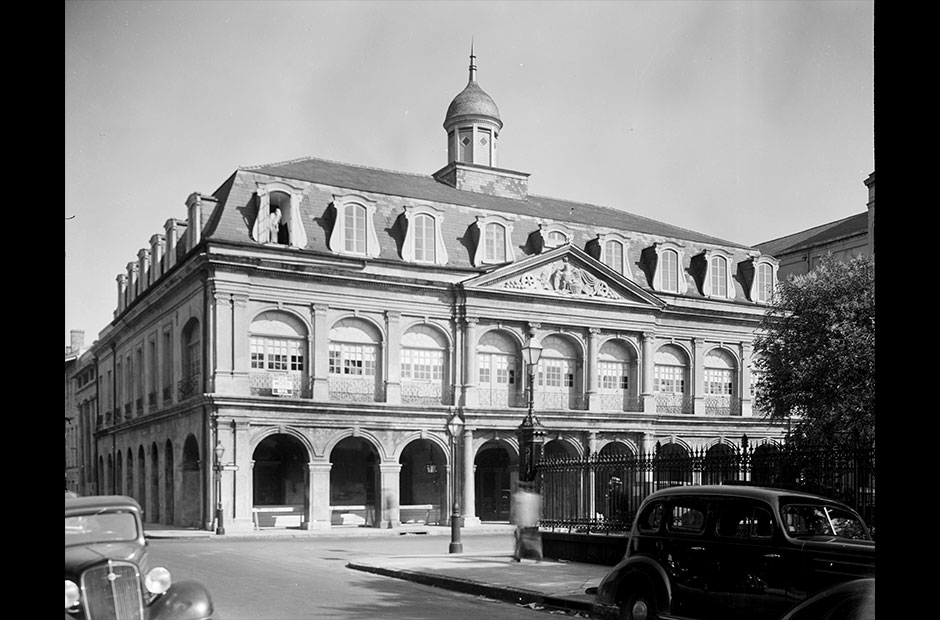 After Pinckney’s Treaty (1795) Spain allowed the United States – whose inland regions depended on Mississippi trade – to use the port of New Orleans. Following this, the city experienced unprecedented growth and became a major hub for trade. 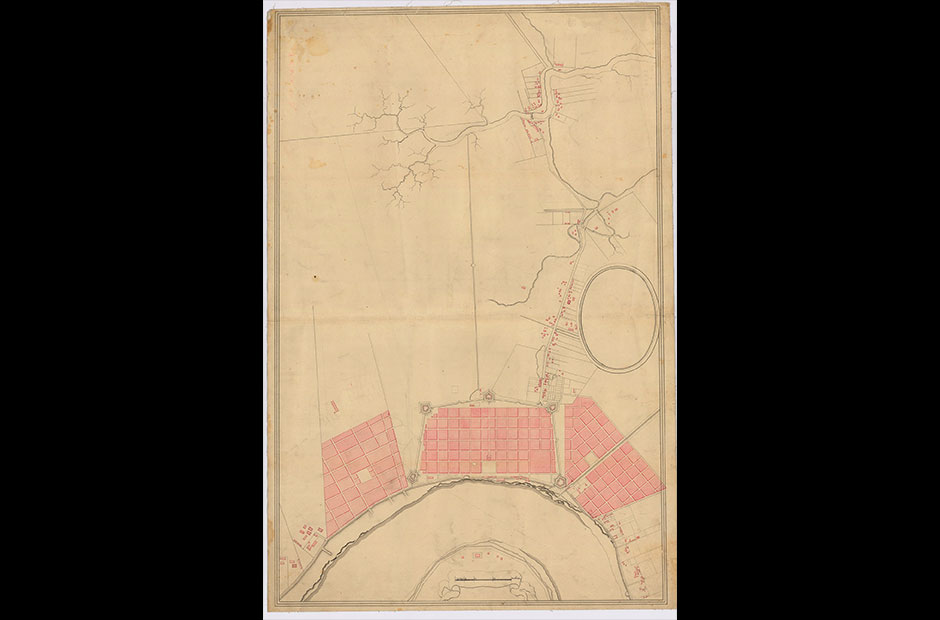 Plan of New Orleans at the end of the Spanish era, showing the growing suburbs (1795-1803)

After becoming part of the United States in 1803, New Orleans spent the greater part of the 19th century as the largest city in the Southern United States, as well as the fourth- or fifth-largest in the whole country; this was due to its commercial power. However, as can be seen in this map, as late as 1841 its growth had still mostly followed the guidelines of the turn-of-the-century Spanish plan. 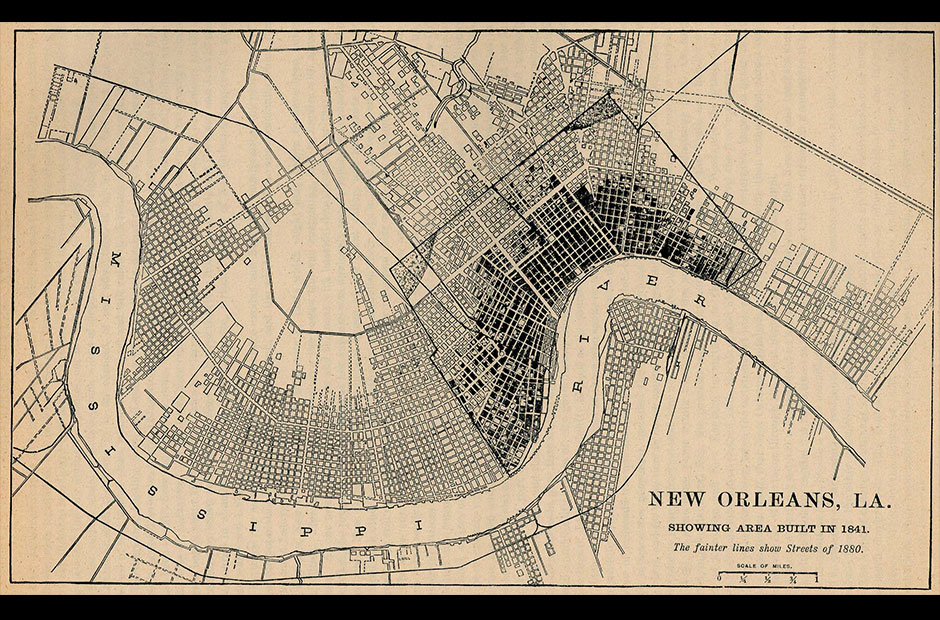