Valencia-born architect Rafael Guastavino (1842-1908) left Spain for the United States in 1881. Once there, he discovered a great opportunity for introducing the Catalan or timbrel vault, a traditional Spanish system that he patented and improved upon. Thanks to the system’s advantages (it was economical, lightweight and fireproof) his company, led by himself and then by his son and lasting until 1962, worked in association with the leading American architectural firms and carried out the construction of nearly one thousand buildings all over the United States; among these, more than 200 were in New York. These include some as remarkable as Grand Central Station, the Cathedral of St. John the Divine, the City Hall, the Ellis Island immigrant station and the Federal Reserve Bank.

Rafael Guastavino was born in Valencia and, after a brief period of professional activity in Catalonia, he left Spain accompanied by his son of the same name, arriving in the United States in 1881. There, he founded the Rafael Guastavino Fireproof Construction Company, specialized in the construction of timbrel vaults, which he presided until his death in North Carolina in 1908. His son replaced him as head of the company until his own death in 1950. 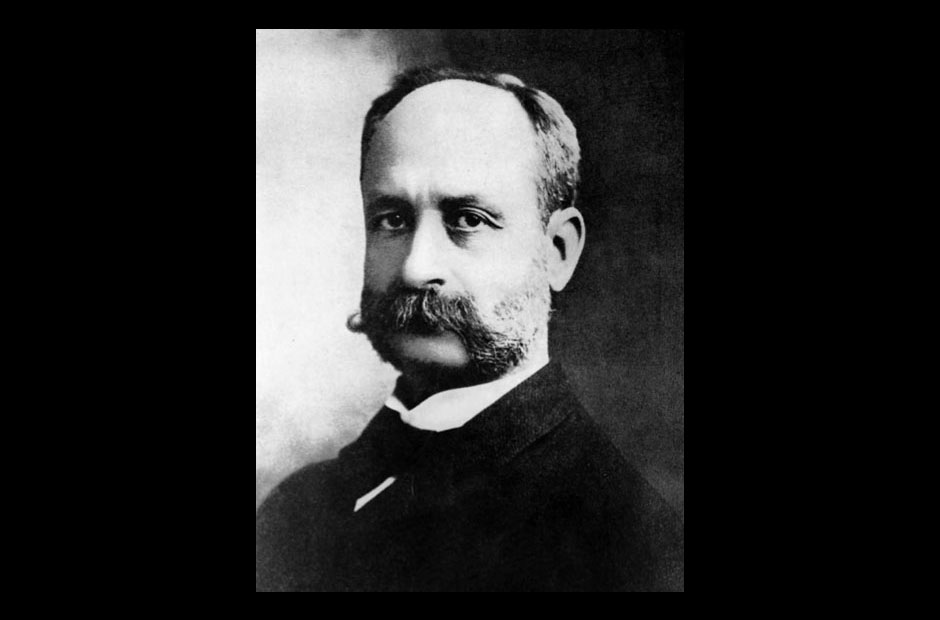 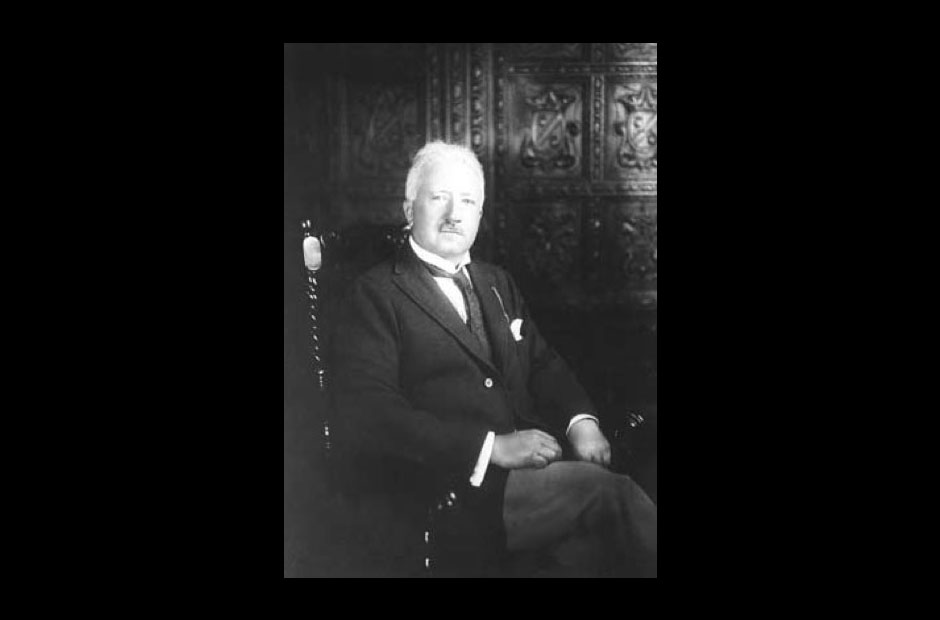 The Guastavino timbrel vaults were built by adding several layers of tiles (actually thin bricks) with gypsum plaster as mortar; this allowed for a quick drying and, therefore, for a economical (since it did not require centering or support for vault construction) and lightweight (thanks to its thin cross-section) construction. 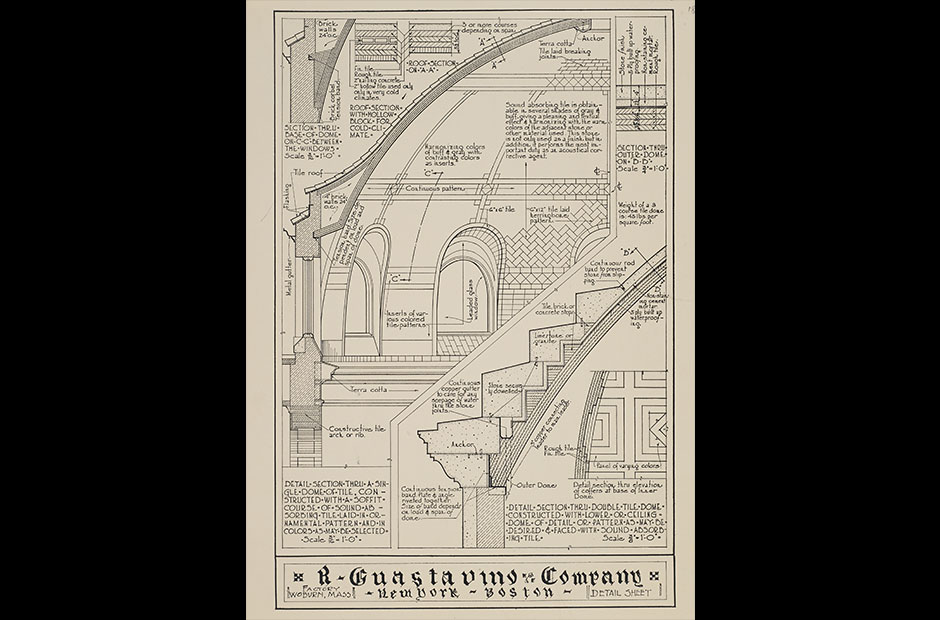 The Guastavino Company constructed a staggering number of buildings – some of imposing size – with this technique, as can be seen in this advertisement which draws an explicit parallel with then-popular montages of great bulidings in history. On the background, the dome of St. John the Divine, spanning 135ft, stands out. 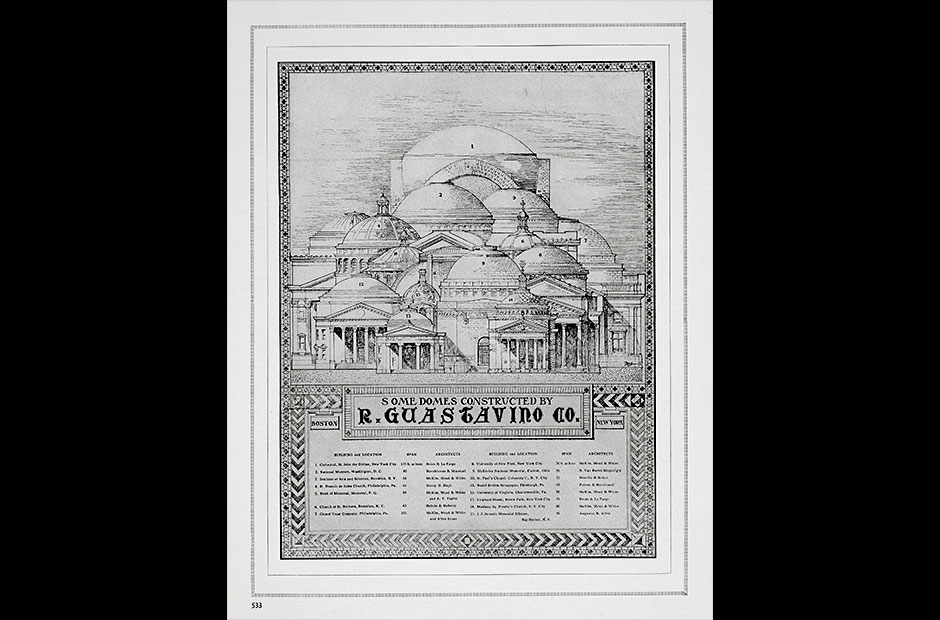 Some vaults built by the R.Guastavino Co. (advertisement)

Guastavino vaults had excellent acoustic properties; indeed, the company worked with acoustics pioneer Wallace Sabine to improve these, which are highlighted in this poster. Other advertisements stressed various advantages of the vaults, such as their fireproof quality. 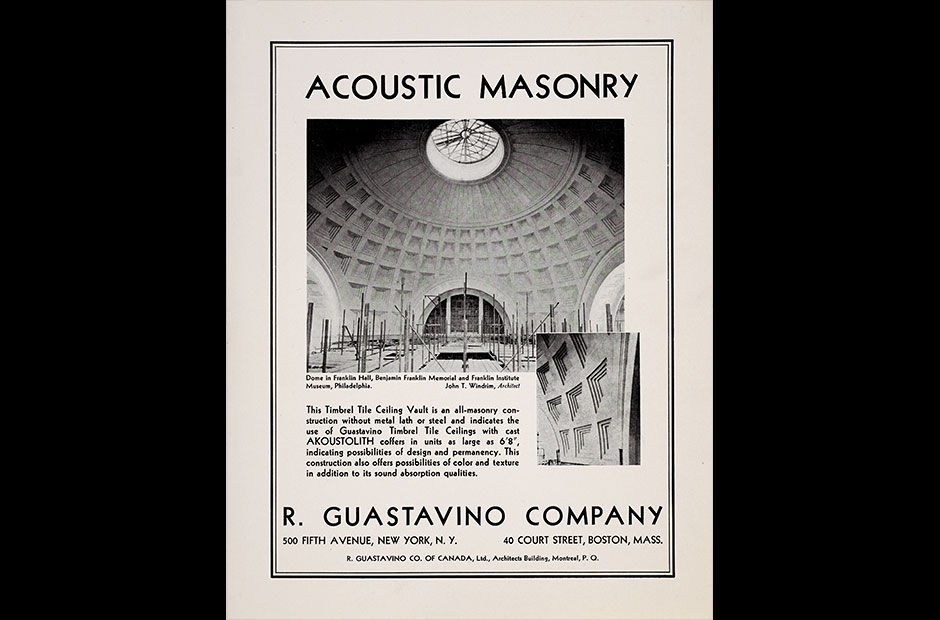 The light weight of Guastavino vaults made them perfect for combining with light metal structures, as can be seen in this train station in Buffalo. 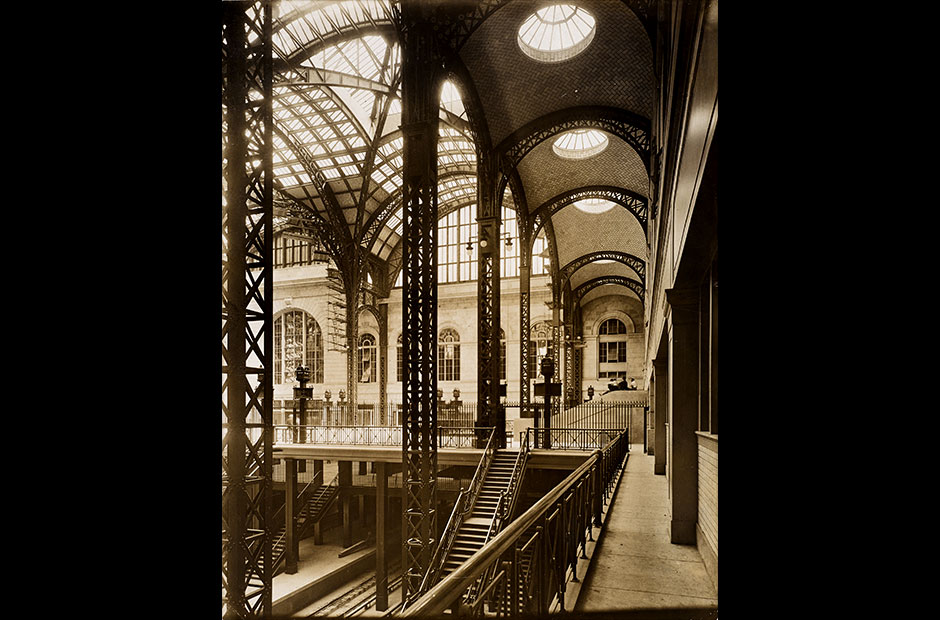 One of the main improvements made by Guastavino on the traditional Mediterranean technique was formal control of the surface which, by using glazed tiles, allowed for excellent-quality finishings which were also a structural part of the vault itself. 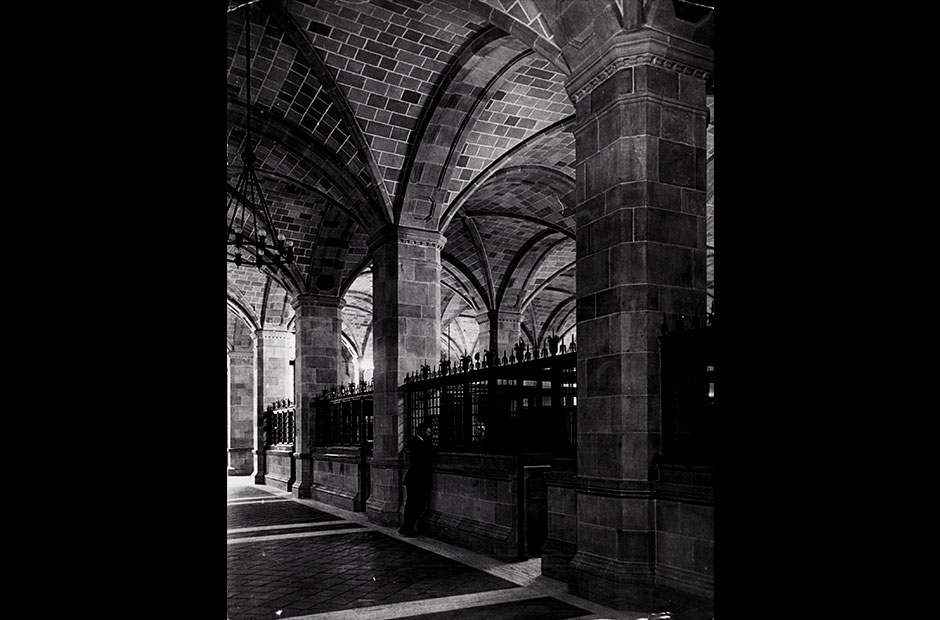 The Guastavino family worked on very few projects of their own; however, they applied their construction system to designs by a large number of architects and in a great variety of buildings, as demonstrated by these pictures. 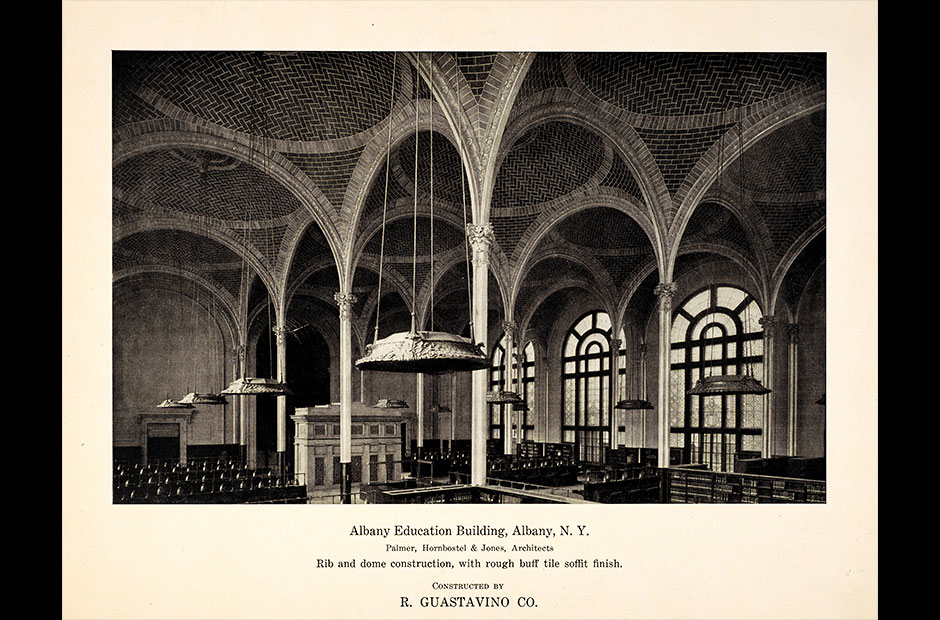 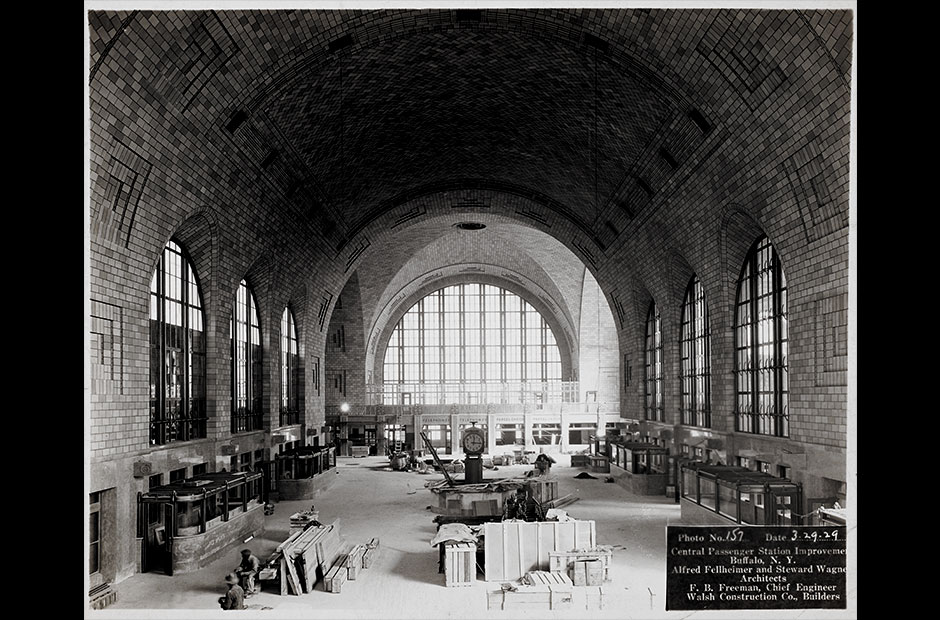