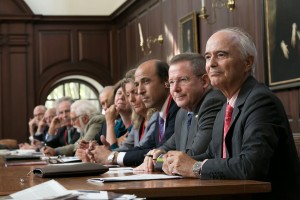 The Fundación Consejo España – Estados Unidos is a non governmental initiative created in 1997. Corporate leaders, cultural and academic personalities, members of the administration and representatives of political parties, take part in it to strengthen Spanish-American ties in diverse areas – economic, financial, cultural, educational, political and professional – to allow a better mutual understanding and to generate new projects in all these fields.

The Fundación aims to: 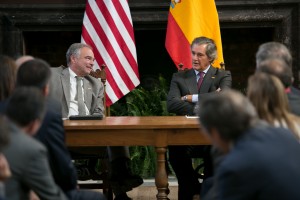 The Fundacion and its counterpart, the US-Spain Council, organise an annual Forum which is held alternatively in Spain and the United States. Prominent representatives from both countries, as well as board members of both entities, gather here to discuss current affairs and topics of mutual interest.

The relationship between our countries is not limited to business. In fact, the contributions in art, science, culture and technology are reaching exceptional levels that the Foundation aims to project through programs such as the visits for USyoung leaders, the internships in Spanish companies or the collaboration with Fulbright scholars in Spain.

Another priority line of work for the Fundación is the study and dissemination of our historical legacy through various seminars, exhibitions and publications. The relationship between the two countries can be traced back to the foundation and independence of the United States of America providing a unique common past that deserves to be appraised.