“Designing America: Spain’s Imprint in the U.S.” was awarded the Spanish Biennial of Architecture and Urbanism (BEAU) in the category of Cultural Promotion/Exhibits. On this XIII Edition, the BEAU, chaired by Ana Pastor (who was the Spanish Minister of Development at the moment), highlighted the projects and works that significantly show the recent changes in the working style of the Spanish architects.

The prize-giving ceremony took place at Palace of Charles V in the Alhambra Complex on 19th July 2016. This Award clearly gives credit to the exhibition and acknowledges its excellence in enhancing the important contributions that Spain has made to the construction of the U.S. territory, landscape and cities in the course of 500 years of common history. 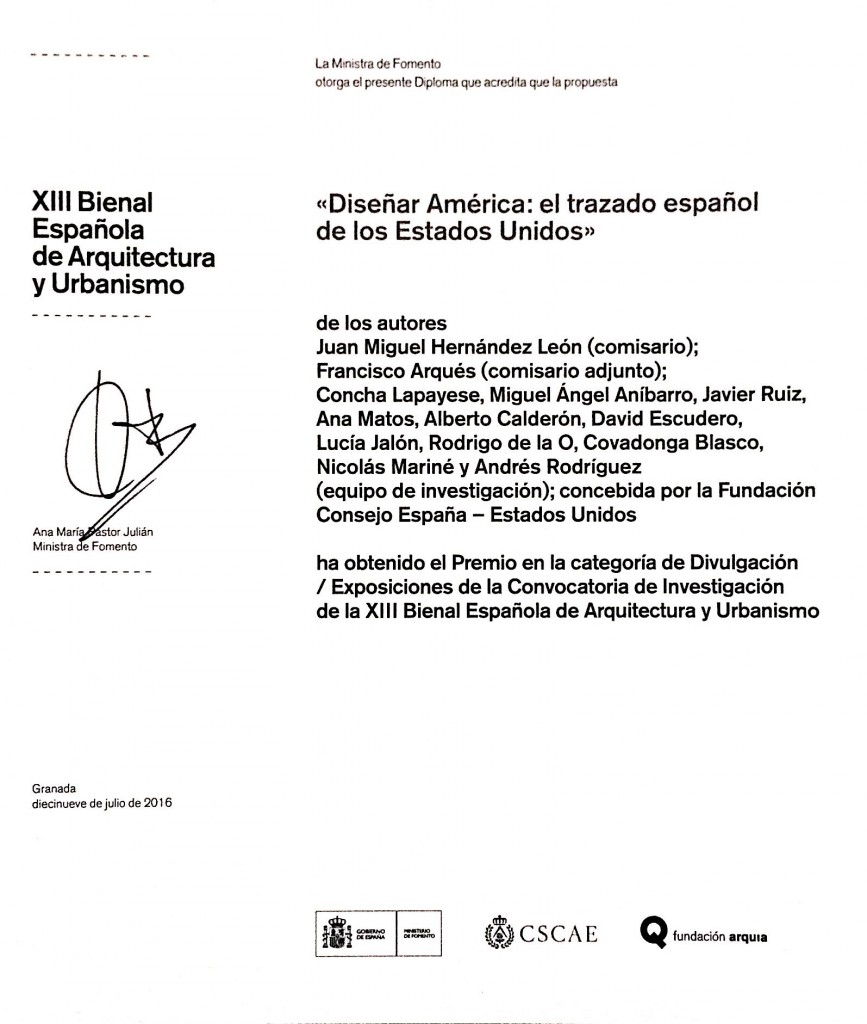