From 1513, the year when Ponce de León first set foot in Florida, through to the twenty-first century, Spain has had an influential presence in the United States of America we know today. This exhibition aims to examine, under the same looking glass, the contributions Spain has made toward the construction of territories, landscapes and cities in the United States: a living legacy that is continually renewed despite the centuries that have gone by.

With some 500 years of uninterrupted control, Spain was the first European nation to settle in the territory that is known today as the United States, and the one that has stayed the longest. This influence extends to very distinct fields: from the exploration and charting on the map of the American territory to the founding of American cities. A long period of Spanish rule (1565-1821) that has left behind pivotal influences on the territory’s structure and the composition of its landscape. Through today, the work of Spanish engineers and architects in the United States has kept this connection alive.

Embarking on a themed, yet non-sequential cross-sectional survey of these contributions, the exhibition is presented in four blocks: The image of America; Constructing the territory; Cities: the Spanish urban space; and Constructed works: architecture and engineering. In each of these blocks, a set of more than 20 maps, images and objects is matched with parallel narrations that complement and enrich this collection. The visit is completed by The Spanish Language: place names in the United States, an interactive installation that helps to localize the states and cities in the US, the video The Spanish Frontier in North America, and a multi-touch table with zoomable maps. Most of the images will have QR codes.

The exhibition has been organized by the Fundación Consejo España-Estados Unidos in collaboration with the Biblioteca Nacional de España, and presented by SPAIN arts & culture. It has been curated by Juan Miguel Hernández León, director of the Cultural Landscape Research Group of the Technical University of Madrid. The exhibition design was carried out by Indissoluble. 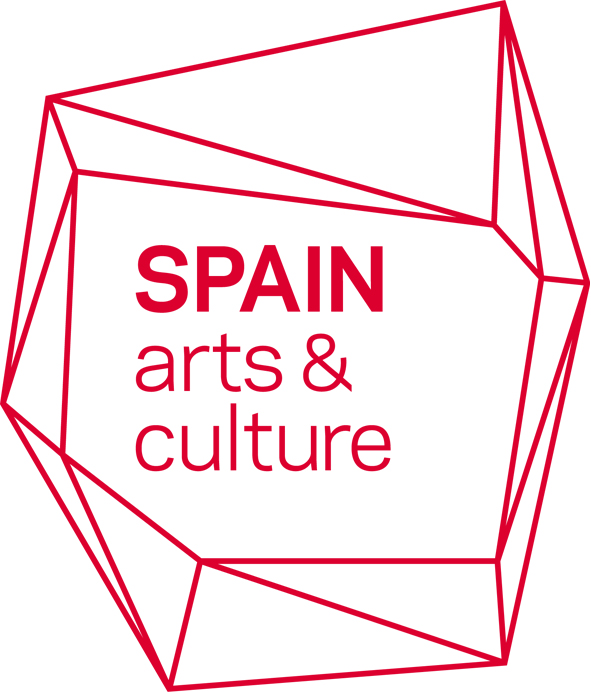 WITH THE SUPPORT OF

His Majesty the King Felipe VI

Mr. Juan-Miguel Villar Mir, President and Chairman of the Board of Directors, OHL Group

Additional support was also provided by:

Cultural Office, Embassy of Spain in the U.S.

Ambassador of Spain to the U.S.
Ramón Gil – Casares